The Sydney Opera House is a multi-venue performing arts centre in Sydney, Australia. It is one of the 20th century’s most famous and distinctive buildings. Designed by Danish architect Jørn Utzon and Arup was the engineer. The building was formally opened on 20 October 1973. The building and its surrounds occupy the whole of Bennelong Point on Sydney Harbour, between Sydney Cove and Farm Cove, near the Sydney central business district and the Sydney Harbour Bridge.

The concrete plinths at the Sydney Opera House exhibited different levels of surface deterioration. The Sydney Opera House Trust (SOH) as engaged AECOM in 2012 to conduct the Concrete Assessment of Plinths/Socks. The AECOM team was lead by Technical Director, Dr James Aldred. The purpose of this investigation was to determine if continued deterioration was likely to result in any detrimental effect on the structures. 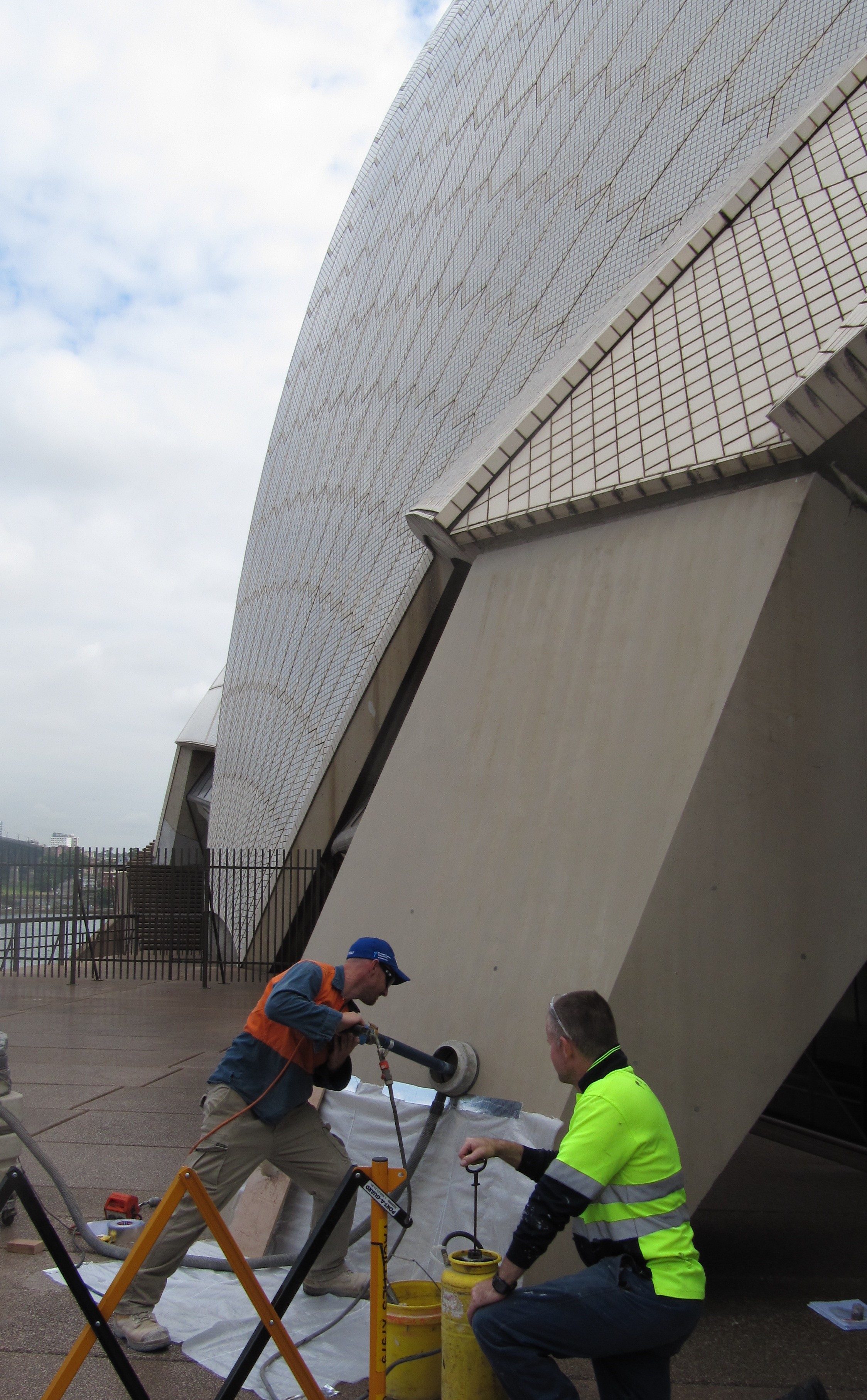 The site alkalinity results and the petrographic analysis indicated that the level of leaching beyond the extreme surface is very limited. The very limited depth of the degraded zone measured in the plinth cores suggests that the observed leaching and aggregate exposure may have resulted from the leaching of a more porous surface layer of the concrete and is not indicative of progressive deterioration of the plinth concrete at the same rate. As the aggregate particles are not subject to leaching, the process of exposing the aggregate also reduces the area of cementitious matrix exposed to leaching. 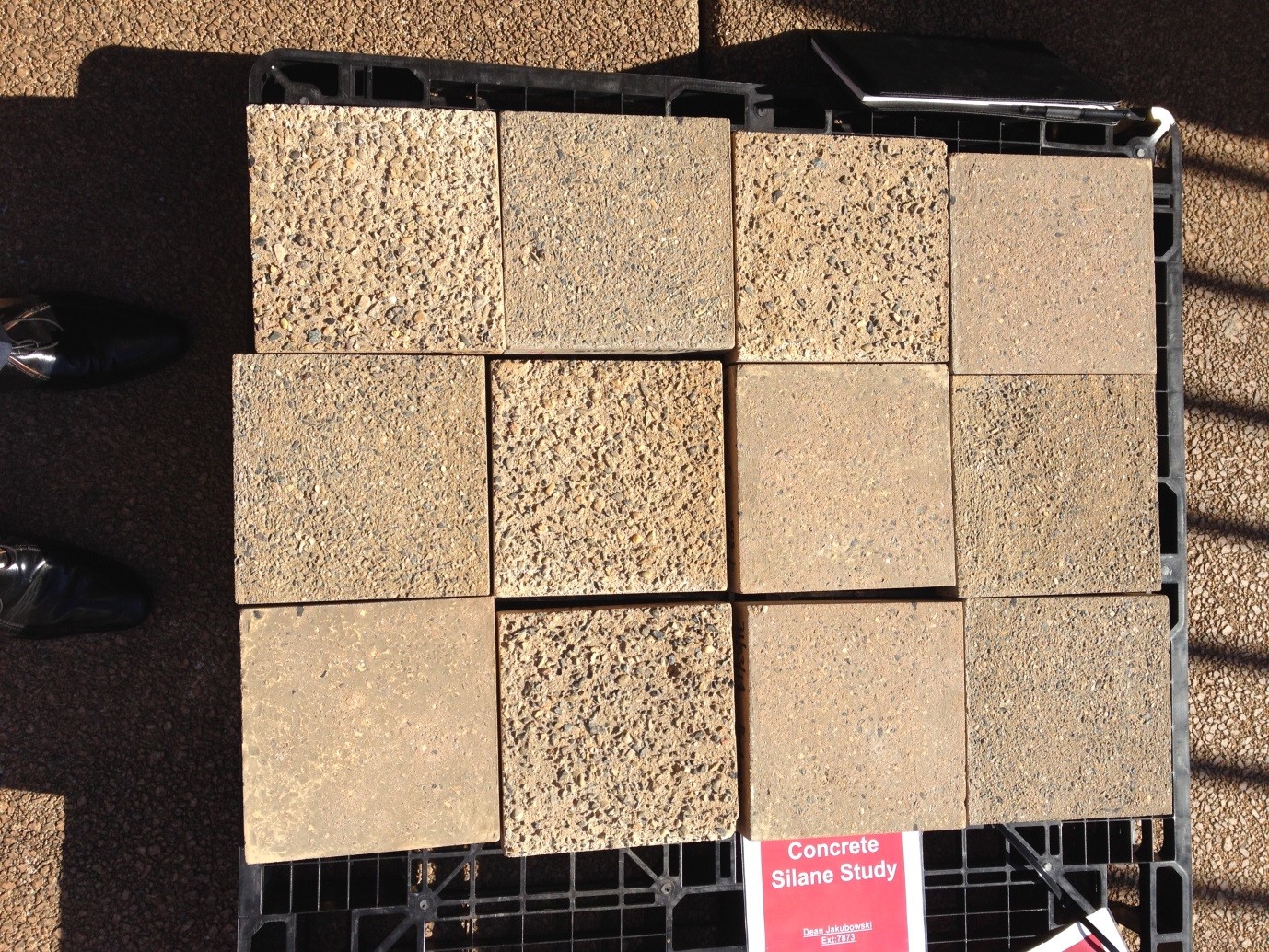